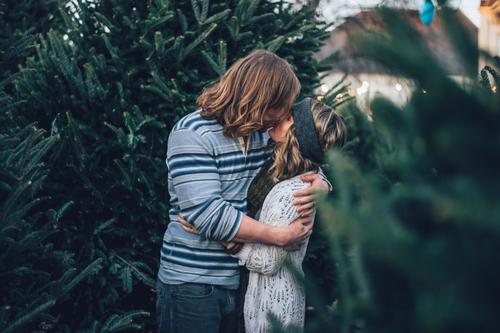 how to get her sexually excited

When the Ashley Madison hack took place last year and the data was released, it was no surprise to find that the site was a regular sausage fest, with married men making up for more than half of the site’s use base. That’s because according to conventional wisdom, while women are supposedly hard wired to be faithful and prefer monogamy, us guys are hard wired to go the opposite route, making us prone to one night stands and having a fling more often.

But here’s the deal: Women cheat too. That being said, while men usually claim the higher ground when their cheated on, there’s usually a lot that goes on before your partner decides to have that causal fling with her yoga instructor or office colleague. The reason most men don’t realize that until it’s too late is because they are usually to pre-occupied with work, taking care of business or having a fling with someone. If you found out that your wife cheated, you would naturally be enraged. Its okay, after all you’re human, right? Well, so is she. So, where did you go wrong? What itch did you not scratch? And why did she do it? Here are some of the answers you are searching for.

She Isn’t Satisfied with Her Relationship

If you think your wife or casual partner cheated on you because her personal trainer looks like Ryan Gosling, the answer is no. When it comes to infidelity in women it all has to do with her emotions and the way she feels about you. There’s research that suggests that women who were feeling low levels of happiness while being in a relationship were more likely to chat on their partner than those who were happier. That’s a no-brainer, since anybody who would feel unsatisfied with their current relationship would seek feelings of closeness from elsewhere. So, how does one know when their partner is feeling low? Well, if the two of you are having less sex, chances are, she’s unhappy and in search for a casual fling. Secondly, she wouldn’t want to have sex with you if you weren’t fulfilling her at an emotional level. The easy fix here is to show her how much you care, and try to recreate the dates you went the two of you were having a fling. Reminding her of the times she felt safest with you should be your number one priority, if she’s showing signs of dissatisfaction.

Yes, it’s a thing. In fact almost 8% of women are likely to consider a one night stand if they are too self conscious of living up to your expectations between the sheets, or in the shower (if that’s what you’re in to!). The only way out in this situation for her would be to seek out an unfamiliar partner and have a causal fling without feeling the need to impress. If you think that’s the case, you can make her feel more confident by pointing out to something you love about her. Or remind her of that awesome sex position you tried in the kitchen, if that hasn’t happenet yet, read How To Give an Orgasm To Your Casual Partner.

Being cheated on is the catalyst which can be used to searching out a casual fling, especially if she finds it hard to forgive you, which most women do. For those men out there who have cheated on their partners, ‘what the hell were you thinking?” Women who are cheated on feel hurt, deceived, violated and even angry. Cheating on her will definitely have a negative effect on your relationship with your partner, her mood and her behavior. If you’ve been caught or came out with the truth yourself, the next step you should take is develop better communication, and increase the levels of passion and romance between the two of you as much as you can. While you can’t change the past, you can certainly do something about the future. You can read 5 Ways to Deal With Your Suspicious Girlfriend to find out more.

Why Women Cheat and Need One Night Stands

This brings us to the question of “why women cheat and need one night stands?” While most women have been thought since childhood to behave like good little girls, grin and move on, nowadays, women are allowed to be tougher, and to speak their mind. While this is a good thing, women have become more assertive and in tune with what they want when it comes to their career, private life and sex. So, if she’s not getting the physical and emotional stimulation she needs, she’ll be more open to having a fling. How long can you go without receiving love and attention before you look somewhere else? Right?