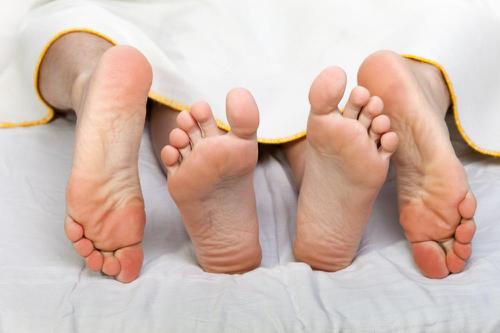 Having Sex With Someone New

Before we begin, we must make it clear that this guide is not for people who are about to lose their virginity, but for people who are going to have first-time sex with someone new in their life. Contrary to popular belief, having an active sexual life still doesn’t mean that you’ll be having incredible sex with your new partner or when having a casual encounter. In fact, there is a great possibility of failing to impress your new partner in between the sheets. Even the most seasoned men are bound to make mistakes you’d expect from a virgin in a one-night stand. That’s why we have started a series of guides that aim to address some of the most perplexing problems men and women face with casual encounters and online dating. Now if you’re having sex for the first time with someone new, here are the three golden rules that you need to remember.

Foreplay Should Not Be Skipped

Regardless of how desperate you are to get her laid, foreplay is essential to good sex. Think of skipping foreplay as not warming up before you play a competitive basketball game. While you may not suck, you are definitely going to have cramps. Likewise, getting right into the action without teasing her, exploring her body, and getting her temperature up, you’re probably going to enter dry land and the dry land. Foreplay also enables you to set the tempo for the casual encounter. Taking it nice and slow turns sensual sex into the ride of your life. Holding her tight and giving it to her hard turns raunchy, steamy sex into probably the best physical and mental trip. It is a no brainer that initiating foreplay before having first-time sex will help you win her mind, body, and soul.

Don’t Think Too Much About the Best Sex Positions

Because the best sex position is subjective to the person you ask. Maybe you like a woman to ride you until you release, but maybe your casual partner is more into tantric sex and feels your energy is not resonating with hers. So to avoid this dilemma, try different positions, and don’t be afraid to ask. Yes, asking her about how she wants to get drilled is a good idea because when she does get drilled the way she wants, she’s going to enjoy every second, every thrust. Ask her what positions she enjoys the most and what positions she hasn’t experimented with because, well, a casual encounter is the best setting to not only enjoy what you enjoy about sex, but also to experiment! Of course, when changing positions you must keep in mind that foreplay will make the transition to the new position easier. Unlike porn, women may get turned off if you’re taking too much time switching from doggy to, say, cowgirl. In some cases you may get limp while switching positions, so it’s best to have foreplay to save the day. And while we’re not claiming a certain sex position is definitely going to make her want more, but deep penetration is what most women crave. So if you’re able to give her that while gradually changing positions, you’ve already secured your next casual encounter by this point.

And how does this actually help? I’ll tell you how. When you bring lots of protection with you and your partner notices that, only one of two things is going in their head; one, he’s definitely going to rock my world, or two, he’s probably got somewhere else to be. Usually, it’s the former, especially when you have your first-time sex partner with you for long hours. So basically, you bringing lots of protection has prompted her to think that you both are going to have lots and lots of sex. Also, if for some reason you pulled out earlier than she expected, you won’t have to run to the closest store to get condoms in embarrassment while she loses her groove by the time you’re back. Now whenever you’re done, or she is, there is going to be spontaneity every time you decide to have sex again. And if it’s a one-night stand and you both agreed to never see each other again for some reason, she is going to know that she will have her way with you since you’ve come prepared. Of course you may think you could always have unprotected sex, but when it comes to casual encounters, especially first-time sex with someone new, it is best to have protection and that too in good amount.

21 Best Pickup Lines to Use Online